Leo Caplanides
Comments Off on One Competitive Cut
2 min read

If you happened to visit the Mecklenburg County Sportsplex at Matthews between October and November of 2017, you may have noticed some very intricate designs on the championship field.

No, this work was not done in preparation for a tournament, but instead, a very unique contest.

The state-of-the-art venue, which is known for hosting local and national sports competitions, recently served as a contestant in the fifth annual “Mowing Patterns Contest” presented by the Sports Turf Managers Association.

During the competition, contestants from across the country showcased their athletic fields with unique mowing patterns. Design submissions had to be accomplished using traditional mowing equipment. Voting occurred on Facebook.

This was Mecklenburg County Park and Rec’s first time competing in the event. The department is one of a select few municipalities to participate – many entries are college, semi-pro and professional level athletic organizations.

Although Park and Rec didn’t officially win the contest, they most certainly won in our eyes – just look at the design they came up with! 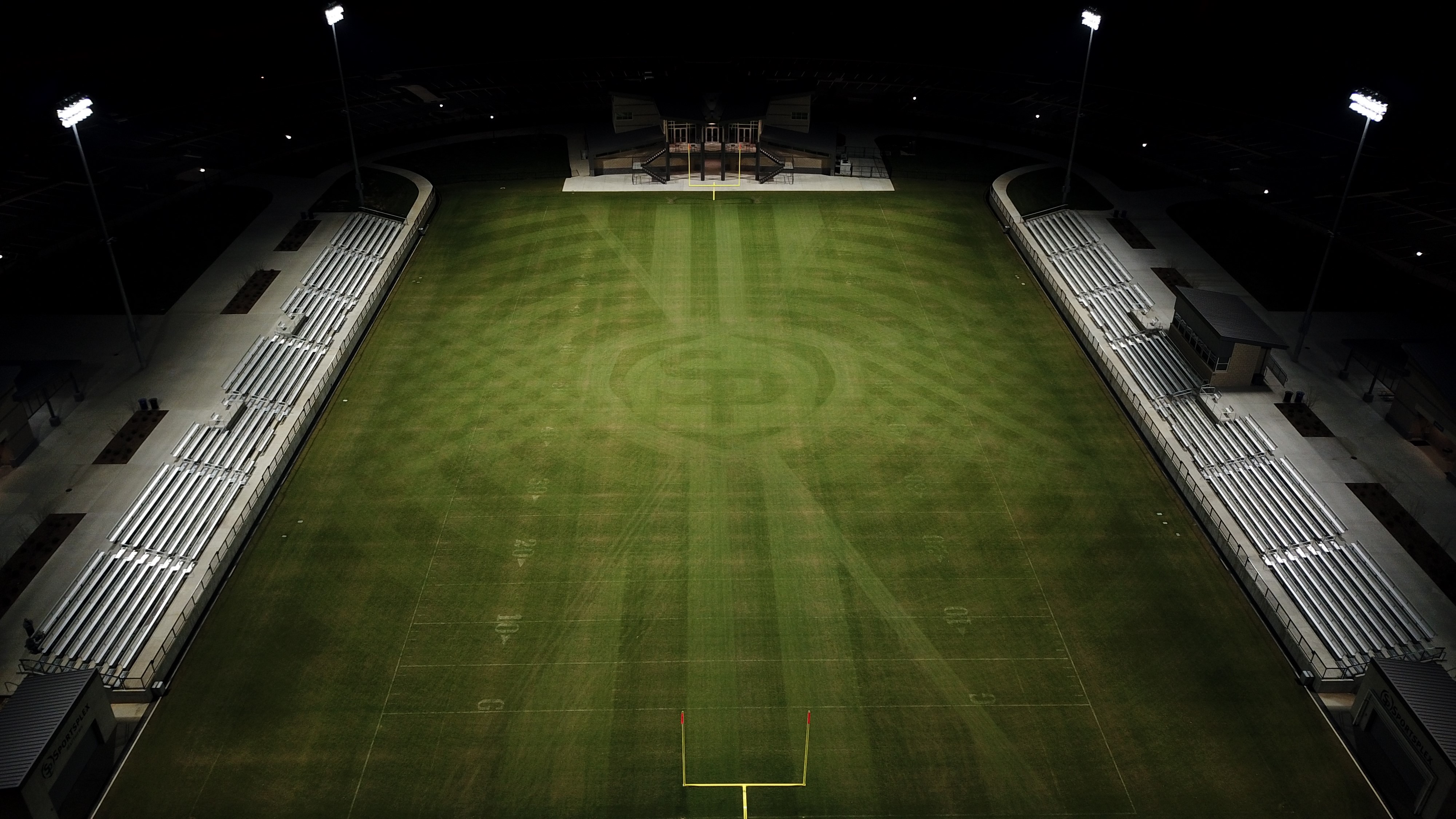 Park and Recreation’s submission for the Mowing Patterns Contest.

About the Mecklenburg County Sportsplex at Matthews

If you haven’t visited the Sportsplex yet, you’ll definitely want to put it on your list of places to check out soon! The Sportsplex is an athletic facility that consists of nine synthetic turf fields, two grass fields and a 2,500-seat grass stadium. The stadium has a two-story field house with home, away, and referee locker rooms. All fields are multi-purpose fields that can accommodate a variety of sports, such as soccer, lacrosse, football, field hockey and rugby.

But that’s not all! The top floor of the field house is a 90-person conference room that is available to rent, and the facility is also home to two playgrounds and roughly two miles of paved trails! So, whether you’re looking to improve your game (or watch a game), spend the day outside with the kids, or simply spend some time with nature, know that the Sportsplex can be your go-to place to do all that and more!

5 Great Reasons Why Everyone Should Know How to Swim