We Didn’t Start the Fire… or Did We?

Nicole Nolen
Comments Off on We Didn’t Start the Fire… or Did We?
5 min read

“Remember… Only YOU can prevent forest fires!”

The sound of Smokey Bear’s voice declaring this memorable message of fire prevention still conjures a sense of responsibility in me. Can you hear it? Visualize his furry finger pointing right at YOU? The wildfire prevention campaign began in 1944 and is the longest-running public service advertising campaign in U.S. history (and is based on a real-life bear)!

Thanks to Smokey, we all know the devastation that fire can bring to any natural area. But, did you know that prescribed fire is an important part of maintaining diverse and healthy ecosystems? Believe it or not, they’re a tool we use right here in Mecklenburg County and I got to tag along for one at Latta Plantation Nature Preserve. 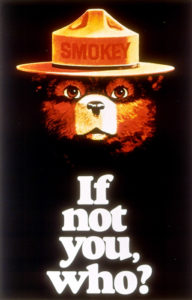 The value of fire prevention and suppression came to a head in the early 1900s after a series of wildfires burned across 3 million acres in Montana, Idaho, and Washington. A national fire policy was developed and focused on (well, you guessed it): preventing fires. But, a couple of decades later, research proved that fire isn’t always a bad thing. After many years of suppressing fires, natural areas were being altered negatively. Wooded areas were overrun with shrubs and invasive species became more prevalent. As it turns out, these areas rely on the periodic disturbance that fires provide to help native wildlife flourish.

The Benefit of Prescribed Fire in Mecklenburg County 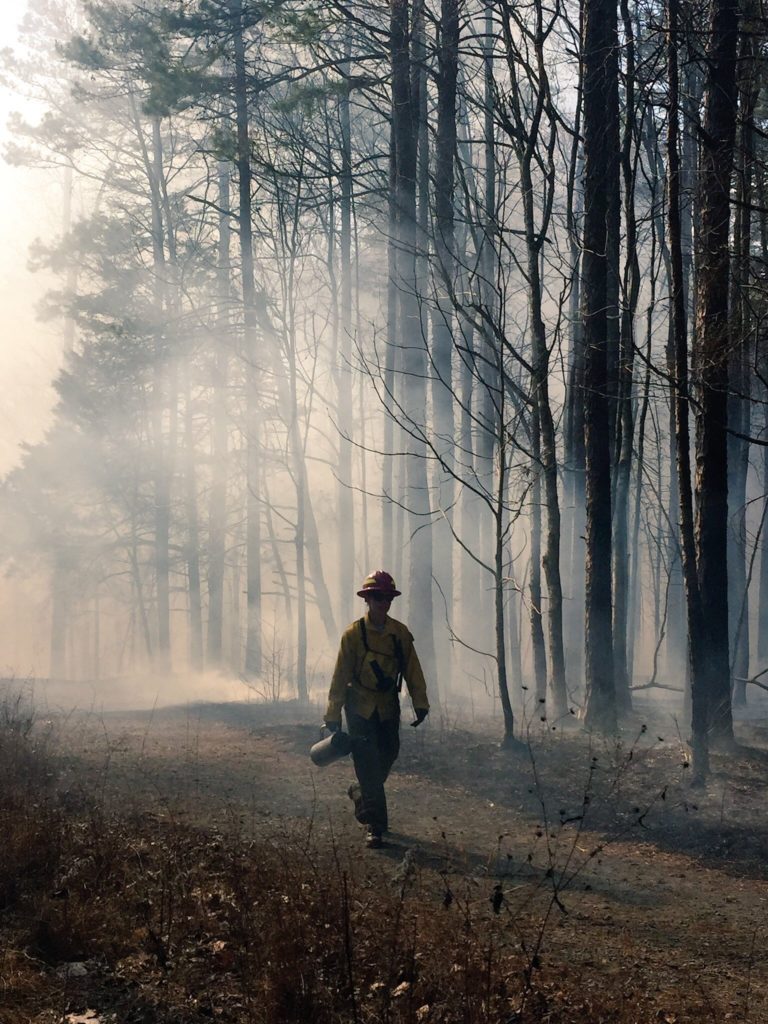 Our Natural Resources Department sets fire to natural areas throughout the County pretty regularly! In the winter months, when weather conditions are right (specifically, when it’s not raining or too windy), staff plan and prepare for contained fires with cooperation from the County Fire Marshal and the N.C. Forest Service. The one that I watched in Huntersville was prescribed specifically to control non-native, invasive species such as autumn olive. You may remember our guide to planting native species and why it’s so beneficial for the environment. Natural Resources Manager Christa Rogers calls autumn olive “one of the worst invaders in the County.” It produces a seed that birds love to eat which is what helps it spread.

So, if the birds love it, can it be that bad? I learned that it’s kind of like my relationship with peanut M&Ms – they’re fine in a pinch, and delicious for sure. I can even rationalize there’s a little bit of protein in there. But, I know there are better choices. For wildlife, the better choice is always native plants. And when invasives spread, they take over, pushing out native plants.  Ultimately, the spread of non-native plants weakens the ecosystem.

Controlling invasive species is a time-consuming and costly endeavor. Prescribed fires aren’t always an option. But, when they are it can be an efficient, cost-effective way to manage non-native plants. If our team attempted to manually achieve the same goal, without the use of fire, it would take a lot of people and many, many hours of work.

Controlled burns offer more benefits too. They reduce the brush and dead matter that end up being fuel for hazardous, unmanaged fires. They can also facilitate tree planting by clearing the land.

How Do You Even Control a Fire?

I had a hard time imagining how setting the woods on fire could “go as planned.” But, watching those trees go up in smoke gave me no more concern than the fire in my own fire pit. The plan for a prescribed burn begins about a year in advance:

Want to know when we’re burning near you? Sign up for CharMeck Alerts and to receive notifications about this and others related to your local government services!

Putting the Cold on Hold: 8 Things to Do Indoors on a Winter Day