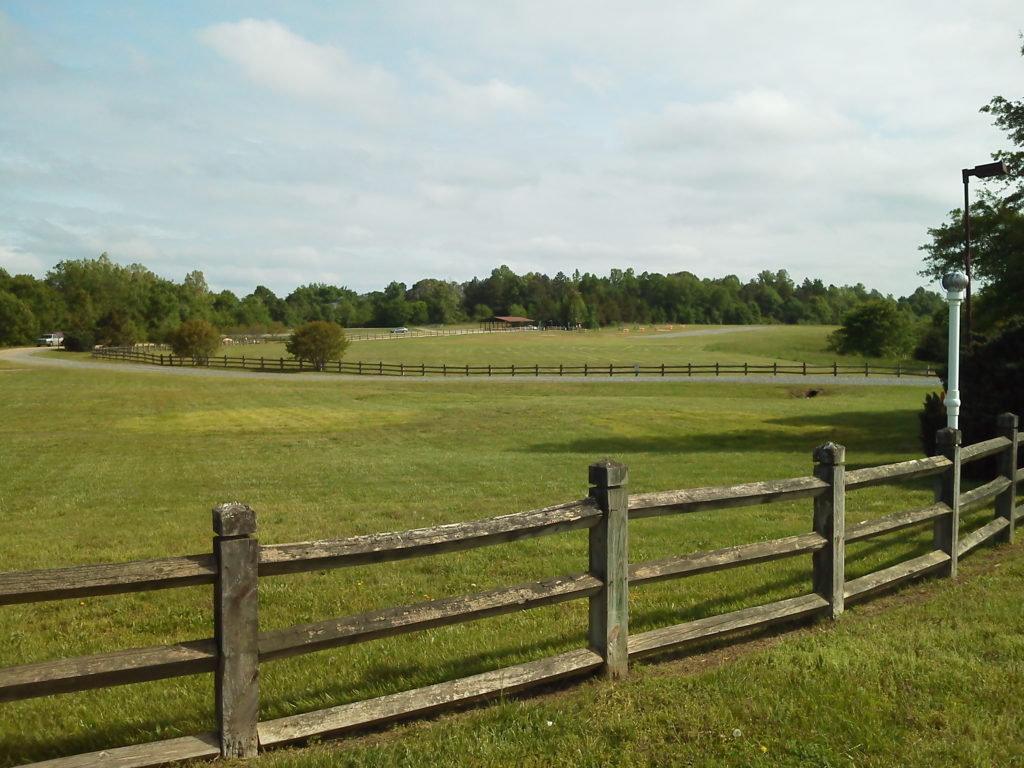 West side of the old Holbrooks Road Landfill.

In the late 1950s, 15401 Holbrooks Road became the site of a landfill that collected municipal solid waste – AKA, your everyday garbage. Just about 30 years later, though, in the late 1980s, the landfill had reached its permitted capacity, and its doors were closed. Split down the middle by the Colonial Pipeline, the west side of the landfill currently houses a model airplane flying field (thanks Park & Rec!), but the east side of the landfill is closed to everyone except one very special group…

Who Let the Dogs Out?

The Huntersville Police Department, that’s who! Having to travel down to the CMPD‘s training facility in Steele Creek to exercise and train their canine counterparts, the Huntersville Police Department was on the search for a new location that was closer to town, but also secure and out of the way. And what do you know? Our old landfill fit the bill! 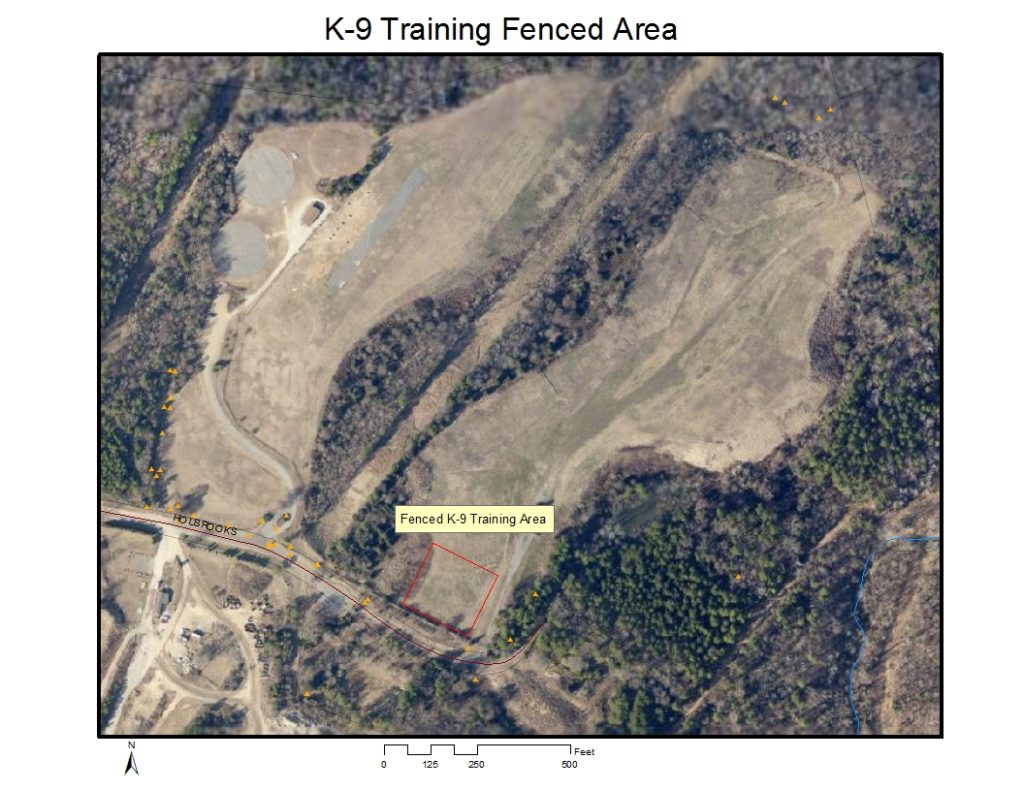 Aerial view of landfill with the K-9 training facility.

In July 2016 we signed a lease with the Town of Huntersville that allows the police department to use a 200ft x 200ft portion of the eastern side of the landfill as a K-9 training facility. Prior to being used, the police department had a six foot chain link fence installed around the area to ensure that it would remain secure and to prevent any damage by, or injury to, outside personnel.

To Sniff and Protect

Just like the department’s officers go through extensive training throughout their career, so do their canines. The facility has various obstacles that work on a dog’s confidence, obedience, and scent detection capabilities. The land is also used to perform tracking exercises and decoy/bite exercises. Huntersville officers and their canines visit the facility on a regular basis – daily AND monthly – to train and remain in tip-top shape for the community the serve!

The Huntersville Police Department currently has five K-9 teams. The “oldest” canine has been with the department since 2014, and the newest joined just this year. The dogs are just as much a part of the force as their human partners, and are dedicated to keeping you and your family safe. Let’s give a big round of appaws for your Huntersville K-9 officers! 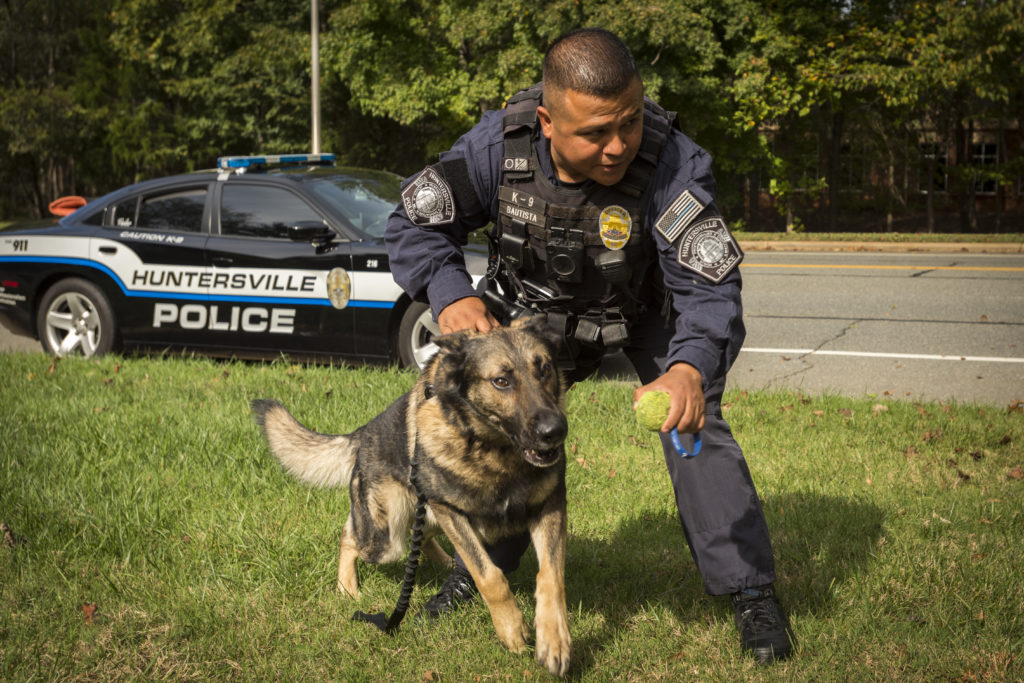 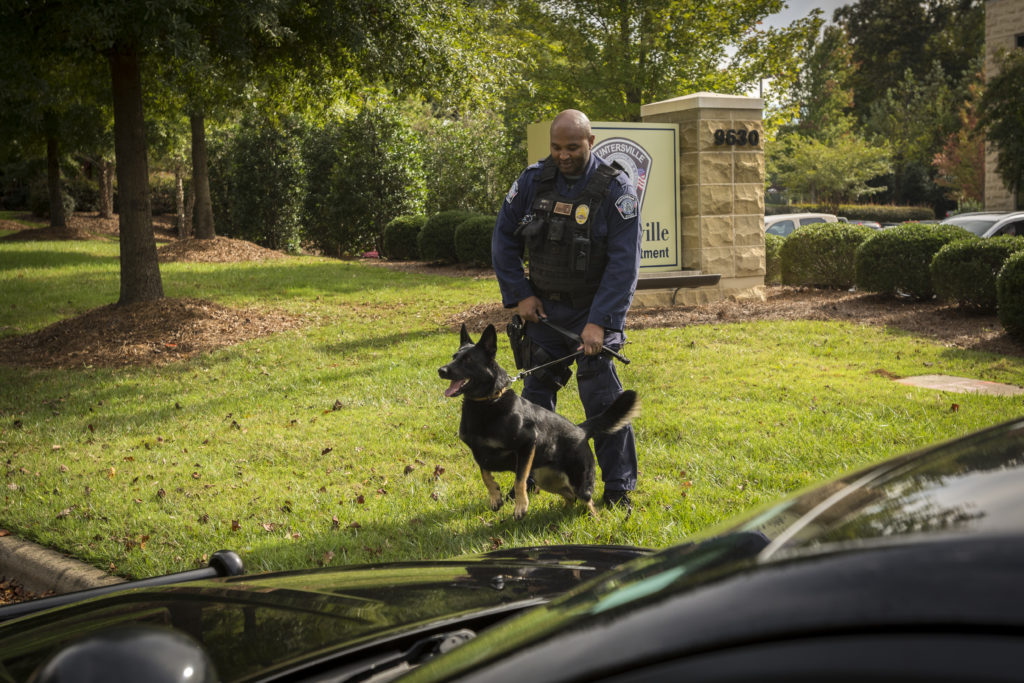 (We know, the dogs are SUPER cute!)

Pretty cool, right? One man’s trash truly can be another man’s treasure. Thank you to the department (including its four-legged officers!) for all you do for Huntersville residents.