Most of Black History Month is devoted to recognizing historical figures, but you can’t forget about the historic sites in a County that is famous for remaking itself in the name of progress. This is particularly true now, when historically black neighborhoods are seeing aggressive gentrification and redevelopment.

The County’s Historic Landmarks Commission (HLC) was created in 1973. Here’s how it works to protect properties:

The list of historic landmarks is an extensive one, but in honor of Black History Month, we’d like to highlight those that are significant to the history of the black community. 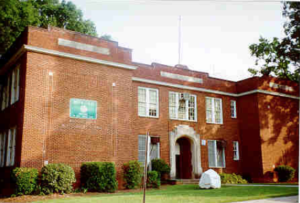 The Morgan School was built in 1925 as an elementary school for the African-American community in Charlotte’s Cherry neighborhood. Located across from Morgan Park, it opened in 1927 and was named after a member of the Myers family. (Bonus fact:  the Cherry neighborhood was created by John Springs Myers on a part of his 1,000-acre cotton plantation. This later formed the center of the white streetcar suburb of Myers Park). The school was one of the smallest elementary schools in the city with only 10 classrooms, a principal’s office and a nurse’s office. It was eventually closed in the 1960s because of its limited space. 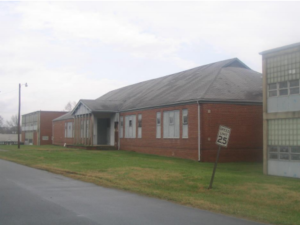 The Torrence-Lytle School, courtesy of the Historic Landmarks Commission.

This landmark is located in the Pottstown area of Huntersville and was opened in 1937 as one of four rural high schools built for black children at the time. Originally named the Huntersville Colored School, Torrence-Lytle was considered a “union school” and was for students in grades 1-11. It had seven rooms, three elementary school teachers, two high school teachers, a principal, and 181 students. By the time it closed in 1966, the school had been added to several times to accommodate the growing number of students and staff.

In 1953 the name of the school was changed to Torrence-Lytle to honor the two men who were significant in getting it established: Dale “Ike” Torrence and Franklin Lytle. Today, the gym serves as a recreation center and the rest of the campus is used as storage for the County and the Town of Huntersville. 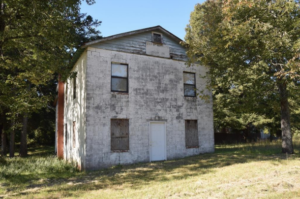 This building is important to understand the role of Prince Hall freemasonry in the County and the role of African-American civic organizations after emancipation. Located in the Crestdale area of Matthews, the organization housed here received its charter from the Grand Lodge of North Carolina, Prince Hall Affiliation in 1925. By establishing organizations like this one, free blacks and former slaves in rural communities and urban neighborhoods found a sense of tradition, leadership and camaraderie which they used to serve their community.

There are more than 300 more designated historic landmarks in Mecklenburg County. You can find a complete list of the properties here.

5 Ways You Can Join the Fight Against the Opioid Crisis